The VisualDSP IDDE can be used to debug the compiled code.
note: use the Debug Probe to track program flow and variable states with very small impact to the run time behaviour.

The following commands are useful to control and debug a compiled project: 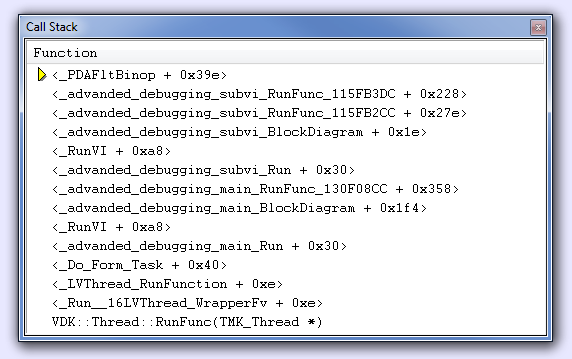 The call stack is a snap shot of the program state. The context is switched by the kernel or by a interrupt, therefore it might look very different just a few micro seconds later.
The example below shows the same application as the one above but halted in a periodically called Kernel function: 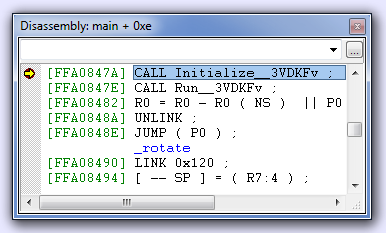 When the LabVIEW code has reached the end the disassembly window looks like this: 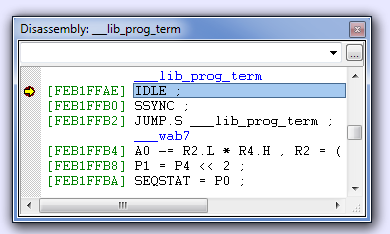 To inspect a memory area on th target follow this steps:

notes:
-the symbol names are sometimes with or without underline score ( _ ) at the beginning.
-make shure to select the correct format

The example below slows down while running: 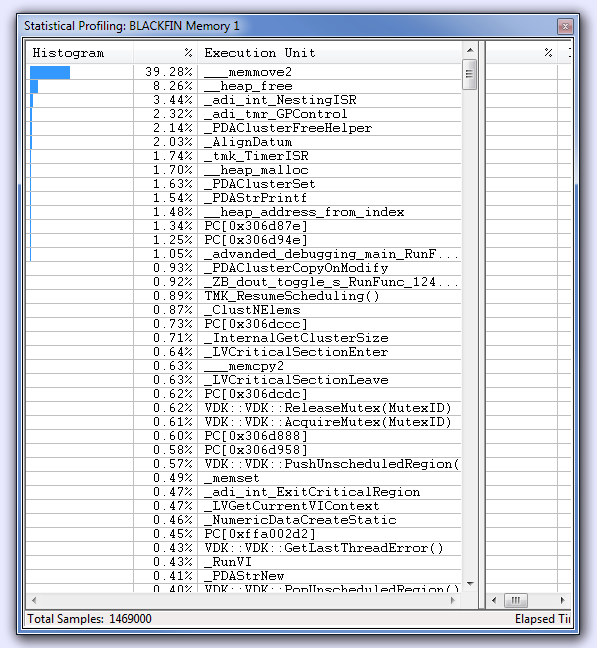 The profiling window shows that the processor is spending most of its time on “memory move”.

Note that the profiling window is updated while the program is running and functions that use more and more processor time can be pointed out by taking screen shots at different execution times.

A totally crashed application would show a profiling fingerprint like this: 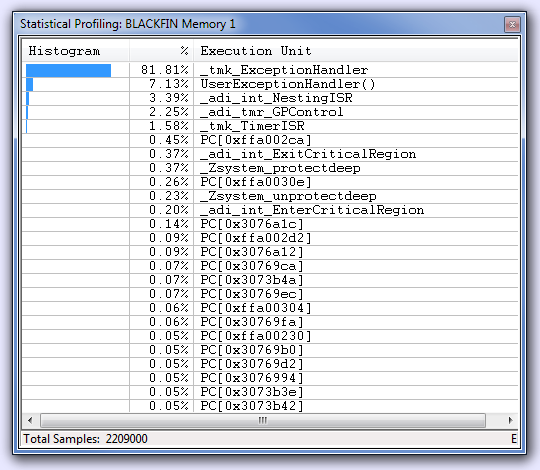 In this example a processor error was forced by writing an 4 byte value to a odd memory address using a c-node.

Except where otherwise noted, content on this wiki is licensed under the following license: CC Attribution-Share Alike 3.0 Unported